Emily McCumber grew up in a country setting along the St John River. As a child, she enjoyed working with her hands, learning to knit and crochet at a young age. She could often be found helping her dad wiring lights, shingling the barn or baking with her mom. After university, she was eager to begin a career, but had always been intrigued by the New Brunswick College of Craft and Design and had a feeling that was something she should have considered. Fast forward a few years and Emily was sitting in front of a computer for 8+ hours per day – not feeling very accomplished, which lead her to quit her job and enroll at NBCCD.

Emily jumped feet first in to the Fibre Arts program. Her first weaving class was split into three sections. The class was divided and she had to do weaving last. She was anxious to start but had to watch from afar. Weaving her first scarf affirmed that she had made the right choice.

Since finishing school, Emily has completed an apprenticeship with Christine Stanley, a weaver in PEI. She currently works for Elizabeth Miller, a prominent local weaver, dyer, spinner and knitter. In the future she hopes to be able to broaden her skillset by traveling abroad to explore historical and traditional techniques specific to the regions of Great Britain and Scandinavia.

In a world where everything is so fast-paced and results are expected instantly, Emily is happy to be able to say she wakes up every morning and gets to work at something she loves. 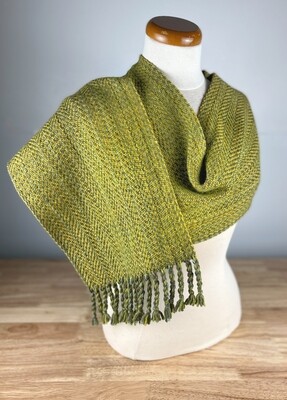 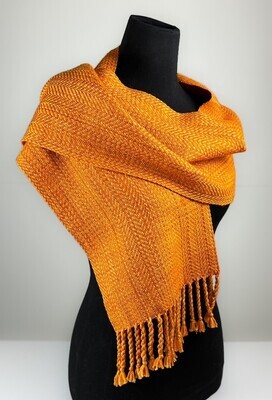